If you are renting the house you are staying in, you'll have to find out from the rental agent or landlord which utilities you are responsible for paying, and of those, which you'll have to set up yourself, and which you can pay under the landlord's name.

Generally speaking, electricity and water will have already

been set up in the landlord's name and will stay that way, even if you rent for an extended period. The phone, internet, and cable vary from agreement to agreement. Gas is not in anyone's name, but someone at your residence (you, your maid) will need to be in charge of keeping your tank full.

If you have purchased a new house, you will probably need to set up accounts with all of the utility companies.

Keep in mind that some utilities are state owned, and therefore you have no choice but to use that utility company. And now, in no particular order, the five major utilities you will need to know about.

The electric company, CFE, is government owned. They have the power to make your life very miserable; hence, do not mess with them. They will cut off your service if your bill is not paid timely, and they aren't necessarily quick to reinstate said service. Moreover, lines at the CFE building are notoriously long (best to avoid going on a Monday or Friday), and employees generally don't speak any English. Moral of the story? Pay your bill on or before its due date.

On the brighter side, you probably won't need to set up an account at CFE unless you are building a new house or have purchased a brand new one. And, the CFE office on Loreto in El Centro has an automated bill paying machine, which you must use 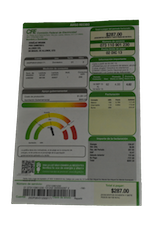 if your bill is under $5,000 pesos. There is also an automated machine at the Luciernaga (Liverpool) mall.

However, your most convenient option is to skip the Loreto office altogether and pay at any OXXO or certain neighborhood stores, although you'll be charged a small fee for the convenience. You just

have to make sure you take your bill to these alternative pay stations three days or more before it's due. You will receive your bill in one of various ways. If you are one of the chosen few, it will be delivered directly into your mailbox by a CFE employee. However, it is just as likely to be delivered under that crack in your door or on the windowsill in the front of your house or even under the windshield wiper of your car, all of which are considered close enough for government work. Residential bills come every two months, rural bills monthly.

What happens if you don't receive your bill? You are still

expected to pay it! And if you don't, it's quite possible that an electrician will be sent to your house to disconnect your line, and pronto! To avoid that fiasco, note on your calendar the approximate due date of your next bill and if you don't receive it, go to the CFE Automatic payment machine with one of your old bills and enter your "Numero de Servicio" (Service Number), which you can then pay.

At this point you might be asking, "Can't I just pay my electric bill electronically?" Indeed you can! You'll just need a credit or debit card from a Mexican bank, and the ability to read a little Spanish,

Finally, if power goes out in your home and/or neighborhood, you can call 415.152.7393 and report it (in Spanish), and sometimes such a call actually does help.

Water (not for drinking...)

Water comes from another government owned company called SAPASMA ( 415.152.4641 ). Their main office is an orange building located on the

Caracol (highway /glorietta leading from La Comer to Luciernaga, on the left side of the road just before you reach La

Luciernaga.) You can pay your bill there (M-F, 8-3:15), or at a number of other places listed on the back of the bill, including (among others) Bancomer, Banorte, Coppel, Scotiabank and various "cajas populares" (credit unions). If you are paying at a location besides the main office, however, you must do so three days before the due date. 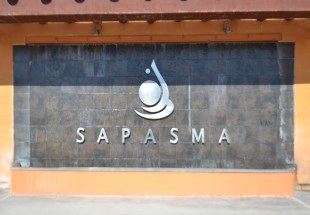 To set up an account, go to the main office, and there should be someone there who can help you in English. You might want to call them first to find out what paperwork you'll need.

Telephone line options are slightly more varied. TelMex provides "land lines" and is the main company through which phone lines are purchased. The TelMex office is located on the Salida a Celaya, on the left side of the street as you are heading toward La Comer and shortly after you have passed the gas station and Cinco de Mayo street on your left.

There is a bus stop in front of the entrance, which makes it a little hard to see if you are driving. There is often at least one employee on duty who speaks English.

Another telephone option is MegaCable, formerly known as TeleCable, which has two branches, one located on Salida a Celaya, next to the car dealership on the right side of the street as you are going toward La Comer, and another in the La Luciernaga mall. MegaCable offers land lines*, cell phones, internet, cable t.v., as well as paquetes with

various combinations of the aforementioned. The customer service agents speak English and setting up an account is pretty easy, although the lines can be rather slow.

*Their landline phone service is a VOIP (Voice Over Internet Protocol) so it's more like a Vonage phone, which depends on your internet connection, and not actually a true land line.

Apple, LG, and many others.

Telcel is probably the most reliable service, but not the cheapest. They also offer contract plans and pay as you go. Whether you choose AT&T, Telcell or one of the others, you can purchase credit at the check out counters of Oxxo, banks, Mega, and many other stores.

Having gas (liquid propane) delivered to your house might seem strange, but soon you will get used to it. Perhaps one day you will even be extraordinarily thankful to see that familiar truck, as I was the year that we woke up Christmas morning to realize

we were out of gas. (You can only do so much in a toaster oven. And no, they didn't come on Christmas day. I had to wait until the next day to be extraordinarily thankful.)

There are several different gas companies that you can order your gas from, such as (among others) Gas Express Nieto (152-6691) and Gas Noel (155-8100). Just call up the company and ask if they'll 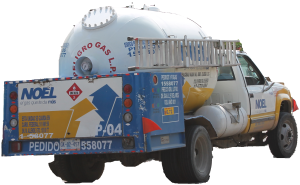 They will probably ask if you need a cylinder (cilindro) or have a stationary tank (tanque estacionario). The estacionarios are the big ones that are free standing, which is probably what you have. 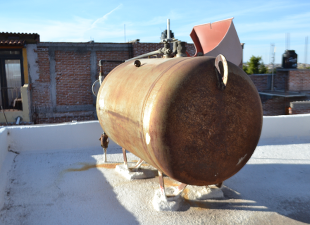 The other option is those small cylindrical tanks like those you might have on your gas BBQ back home. They have similar small tanks for your home that are about 4 feet tall.

These are not filled up by the tank truck but are exchanged by a different type of truck that only carries cilindros. For your BBQ or outside heater tank, stop one of the trucks driving by your house, give it to them, and they will deliver it back full the next day.

The gas company you call will also ask for your phone number and address, which 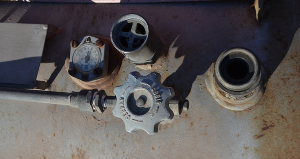 you should be able to say in Spanish, because most of these gas companies do not have any English speaking employees. However, you don't need to set up an account with them beforehand. Just call them to come to your house and pay them when they've finished filling your tank. It's customary to tip these guys as well.

For this reason you'll need to buy your water in a garrafón, or giant plastic water bottle. There are several different companies that will deliver water to your house, such as Santorini, Bonafont, and Ciel.

To set up service, when you hear a guy yelling, e.g.,

"Santorini! Santorini!", run outside and tell him that you would like to buy water. (easy, no?) The first time you purchase water you will also be paying for the garrafones.

Once you've purchased water from that particular company once or twice, they will usually stop by your house regularly to see if you need more. When they come back, you'll simply exchange your empty bottles for full ones and pay only for the water. I've never spoken English to any of these young chaps but as long as you know your numbers (for the cost) and days of the week

(for when they ask when they should come back), you should be fine. It's courteous to tip these guys a few pesos.

Also, you'll probably want to buy a ceramic container (sometimes accompanied by a

metal stand) for easy dispensing. (Just look for those stores that sell talavera tiles.) However, if you are really pinched for pennies, you can always buy a very inexpensive plastic pump that attaches to the water bottle and simply set the bottle on a table.