The Role of the Notario in Mexico

A notario publico in Mexico is very different from a notary public in Canada and the US. The role of the notary public is usually to authenticate documents and witness signatures. A notario publico in Mexico is a very high-ranking lawyer, appointed by the governor of the state. There are a limited number of notarios in each city. In San Miguel de Allende there are only fourteen notario positions, at the moment only ten practicing notarios due to several passing away. On the other hand, there are hundreds of lawyers.

A notario has extra years of law school and must have passed a stringent exam before being considered for a notario position. Only notarios can transfer real estate and perform other functions related to real property. They are responsible for searching the title for any defect, obtaining a certificate that the property is free of liens and debts and for registering the new deed in the name of the purchaser with the Registro Publico.

The fees for a closing in San Miguel currently run approximately 5% of the price of the property. Of this about 1.7% goes to the notario for their fee and to cover the costs of the title search, appraisal, and no lien certificates. The notario can also arrange for the permiso from the Foreign Ministry, necessary in the case of foreign buyers.

There are a couple of areas in which the information you might obtain online is not necessarily the case. First of all, the buyer does not choose the notario without reference to the seller. The seller has a vital interest in which notario is chosen as they will have to obtain a ruling as to their tax liability. Second, you are often advised that you need to have your own lawyer. In my experience, the notario is your lawyer and if you are the buyer you are already paying for their services. If you have questions, simply make an appointment with the notario to get the answers. The notario has responsibilities to the government and to both the buyer and seller. He or she is a neutral but highly experienced party.

I hope this clarifies the role of the notario to some extent. Don’t hesitate to ask your realtor if you need more details. 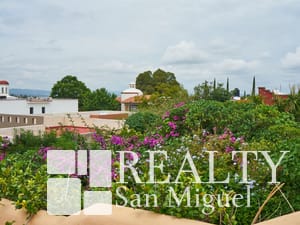 “I found that working with Phil was a pleasure....”