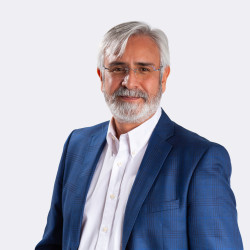 Gabriel Rubiera loves his role as “ambassador” to his real estate clients. In addition to being bilingual, he has a broad understanding of both Mexican and American cultures, and has lived in San Miguel for over 20 years. This combined experience and knowledge allow him to introduce newcomers not only to San Miguel, but also to the Mexican and American communities and their respective cultures.

Soon after meeting him, Gabriel’s clients tend to feel a sense of security, knowing that he understands their needs and that his overall expertise will make the purchase or sale of their home easier.

Gabriel joined the Realty San Miguel team in 2014 as a co-broker after having worked in real estate in San Miguel since 2006. It should be noted that he is one of the few members of AMPI San Miguel (Asociación Mexicana de Profesionales Inmobiliarios) that has taken the official training course and received a diploma in Real Estate Marketing and Administration from the Instituto Tecnológico de Estudios Superiores de Monterrey in Queretaro.

Another of Gabriel’s assets is the level to which he is “connected” in San Miguel. Prior to beginning a career in real estate, he served as the director of the Spanish department at the Instituto Allende, and later, as the General Manager of the Biblioteca Pública, the second largest bilingual library in Latin America.

Gabriel studied Sociology at the Universidad Autónoma Metropolitana and worked in systems development and advanced programming for one of the largest computer centers in the country in Mexico City, where he is originally from.

In his free time Gabriel enjoys reading, traveling, watching movies, and spending time with his dogs. 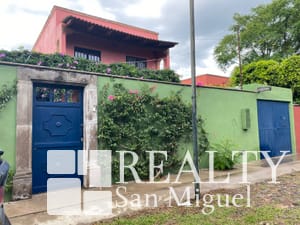