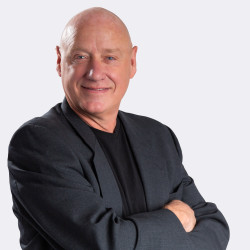 Tim was born in Estherville, Iowa. There he was raised on Midwest values in rural farm communities, for the first 20 years of his life. These include trust, honesty, hard work, and giving back to the community. Being the oldest of seven children certainly fostered his care-giving nature from an early age.

In search of adventure he spent the next 25 years in New York City learning "street smarts". He quickly learned that not everyone had Midwest values but he stuck to his and allowed the big apple to fan the flames of his entrepreneurial spirit.

He opened his first coffee bar while continuing to work as an art director in film/video. He combined his passion for fine dining and entertaining and ultimately became partner in an extremely successful New York restaurant. Acquiring the space for the restaurant and designing the atmosphere spring boarded his career in the New York real estate market, where he found a niche in buying bank foreclosures, renovating the properties and then selling them. A savvy and successful real estate investor, Tim was instrumental in gentrifying what is now one of New York’s trendiest neighborhoods.

Tim first visited San Miguel de Allende in 2002 and like many others he immediately felt a connection. He relocated permanently in 2004 and arrived with two cats and two dogs. Taking residence in the San Miguel countryside, his menagerie has since expanded and he spends much of his time taking care of a large collection of rescued animals; from feral cats to rescued street dogs and burros. If the animals are not enough, his young son fills his life with endless energy and creative projects.

Tim’s enthusiasm for life and life experiences is contagious. He has gone from corn fields to Park Avenue with the same infectious laugh and love of helping people. This translates well to our real estate market. He knows property, he knows people and how to read them, and he puts forward those steadfast Midwestern roots that have served him so well.

Tim is a member of AMPI, the local organization of real estate professionals. 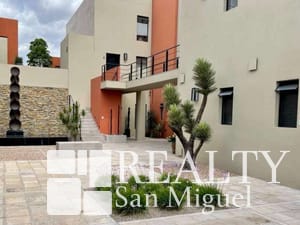 “I am fully satisfied with the service of a realtor/agency.”