What with the tendency in the mass media to exaggerate the negative and ignore the positive, a lot of people have got a distorted view of Mexico. The truth is that while there are certainly some areas that are experiencing drug-war related violence, the news from Mexico these days is mostly good. Here are a couple of pieces about the probably future energy boom in Mexico:

For a broader view, here is the World Bank on Mexico's prospects:

And here are a couple of quotes from the last link:

"Mexico, the second largest economy in Latin America, has remained resilient to the U.S. slowdown and the financial turmoil from Europe. Although the country is closely integrated with the U.S. industrial production sector and international capital markets; its strong fundamentals, sound policy frameworks and management have resulted in favorable financial conditions that have supported national economic activity."

"Mexico has a huge potential for accelerating economic growth. The country has maintained a strong growth of 3.9% during 2012. This has been supported by both external and internal demand, with a firmer expansion in services. Gross Domestic Product (GDP) is expected to grow 3.5% during 2013 with a recovery in 2014." 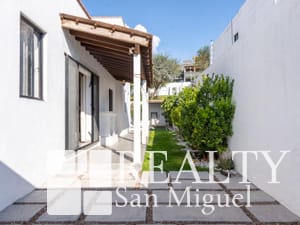 “You are a realty company that you can depend on”