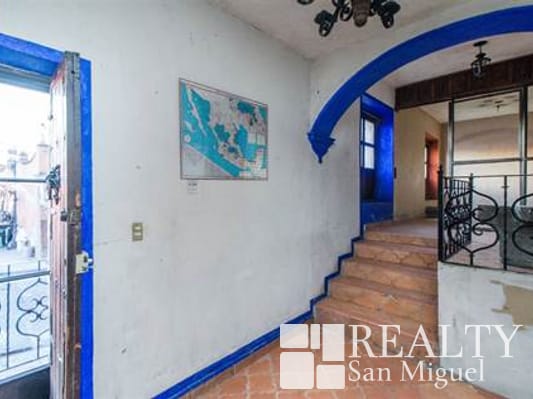 If you are a developer, hotelier or investor you can not stop considering this opption.
The return that could be obtained either by sale or income of them is worthy of consideration.
The property has 10 rooms, each with a private bathroom and the extension of 5 more.

Its location in front of the main viewpoint of San Miguel and its proximity to the city center allowed in past years to fulfill its natural vocation as a Hotel and its reactivation would be relatively easy because of its history as such.

The beautiful views of San Miguel of 180 degrees would also allow to execute a large architectural project of luxury apartments just a few blocks from downtown, making this condominium one of the most sought after in the city.

Hot property with great potential both as a hotel, as apartments, a single-family house or a combination with commercial space.

“I am fully satisfied with the service of a realtor/agency.”